What should I pay attention to when using knife, fork and spoon skills?

Home / About Us / What should I pay attention to when using knife, fork and spoon skills?

1. Placement rules: When using a knife and fork to eat, take the knife and fork from the outside to the inside. Under normal circumstances (left-handed people can take it the other way, but they must be placed back in place after the meal). Hold the fork in the left hand and the knife in the right hand. ; When using a knife, the blade should not be outward. Knives and forks should be placed in the shape of an "eight" when putting them down during a meal and placed on the side of the dinner plate. The blade faced itself, indicating that he would continue to eat. After eating a dish, put the knife and fork together on the plate, indicating that the waiter can remove the tableware. If it is a conversation, you can hold a knife and fork without putting it down. When you don’t use a knife, you can hold the fork in your right hand, but if you need to make a gesture, you should put down the knife and fork. Never wave or shake the knife or fork in the air with your hand. Don’t hold a knife or fork in one hand and a napkin in the other. When you wipe your mouth, don't hold a wine glass in one hand and a fork in the other to take vegetables. Remember, at any time, do not put one end of the knife and fork on the plate and the other end on the table.

2. Western-style knives, forks and spoons have their own uses and cannot be substituted or mixed.

3. Knife is used to cut food. Don't use knife to pick up food and send it to your mouth. Remember: Hold the knife in your right hand. If there are three different types of knives appearing at the same time during the meal, the general correct usage is: the one with small serrations is used to cut meat products; the medium-sized one is used to cut large pieces of vegetables into small pieces; A small knife with a round tip and an upturned top is used to cut small breads, and then use it to pick some jam and butter and spread them on top of the bread.

4. Fork, hold it with your left hand, move lightly when picking up food and sending it to your mouth. Pick up an appropriate amount of food and put it in your mouth at once. When the fork picks up the food and puts it into the mouth, the teeth only touch the food. Do not bite the fork, and do not let the knife and fork make a noise on the teeth or in the plate. 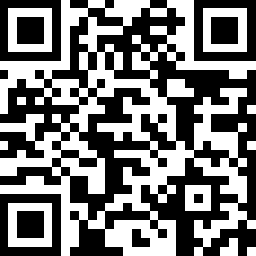